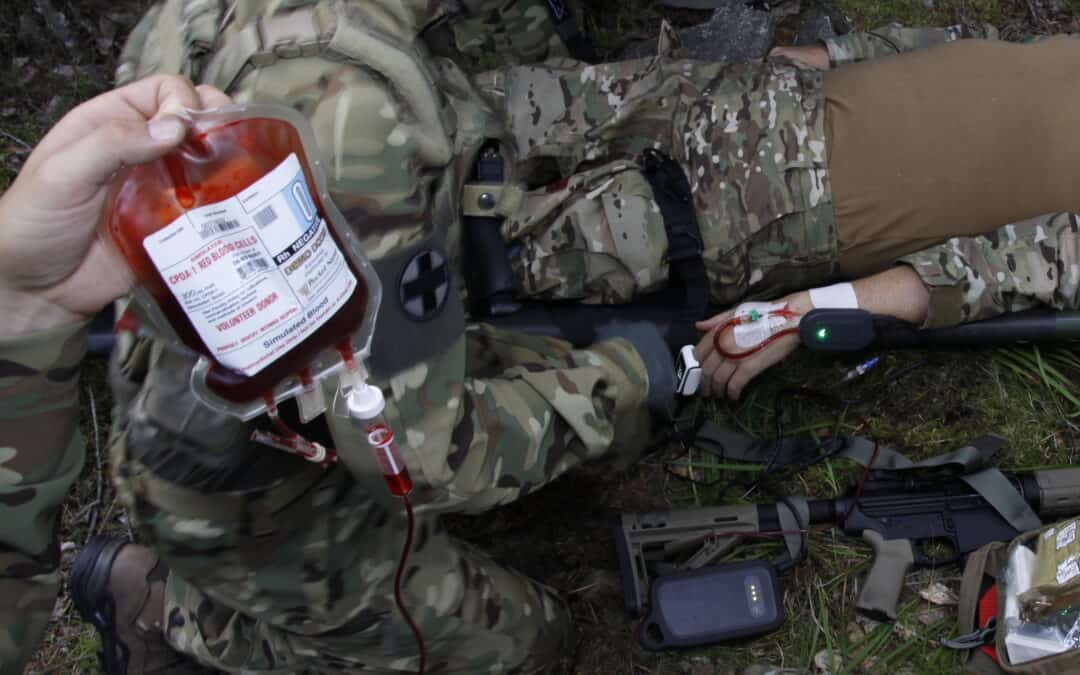 Recent conflicts involving US military forces over the past 2 decades saw a resurgence in the use of whole blood on the battlefield, initially using warm fresh whole blood (FWB) from “walking blood banks,” and since 2016 adding cold-stored, fully tested whole blood.

The objective of this study was to assess outcomes of critically injured patients who received FWB as compared to those who received no FWB and partial (i.e., no platelets) or complete (i.e., with platelets) component therapy by Role 2 surgical teams – medical treatment facilities (MTFs) that provide forward resuscitative care and damage control surgery.

This is a secondary analysis that used data from adult trauma patients that required transfusion and included both battle and nonbattle injuries occurring in Afghanistan from February 2008 to September 2014. Patients eligible for inclusion in this analysis received at least 1 unit of red blood cells (RBCs) or FWB. Patients were divided into two groups: 1) received FWB and 2) did not receive FWB. Both groups potentially received plasma, RBCs, or platelets.

FWB has a clear logistic advantage in the austere environment given that each unit transfused contains a full complement of components given simultaneously and may confer a survival advantage in critically injured patients. As further data emerge regarding the benefits of whole blood, small surgical teams could be optimized with cold-stored, universal-donor whole blood for resuscitation while awaiting FWB.