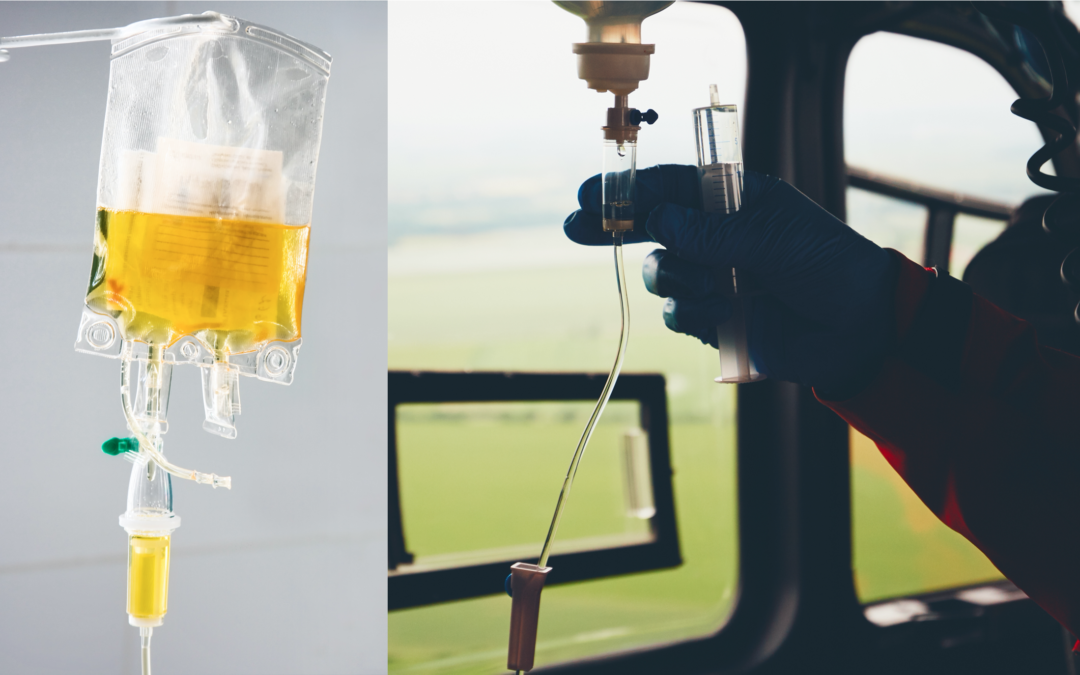 The acute care of severely injured patients with hemorrhage after their arrival at a trauma center has evolved over the past decade, withpatients benefitting from receiving less crystalloid-based therapy and early balanced blood component–based therapy once they arrive at afacility for definitive care. Despite these changes, a majority of deaths from traumatic hemorrhage continue to occur in the first hours after arrival at the trauma center, which underscores the importance of the prehospital environment for early interventions that provide benefit.

Current treatment priorities include prevention of coagulopathy through minimization of the use of crystalloid-based resuscitation in favor of early blood component–based resuscitation that includes plasma and platelets in equal ratios with packed red cells. These in-hospital practices, termed “damage-control resuscitation,” are widely used for both battlefield and civilian resuscitation after traumatic injury.

The study here was conducted to determine the efficacy and safety of prehospital administration of thawed plasma in injured patients who are at risk for hemorrhagic shock. The authors conducted a pragmatic, mul- ticenter, cluster-randomized, phase 3 superiority trial that compared the administration of thawed plasma with standard-care resuscitation during air medical transport. A total of 501 patients were evaluated: 230 patients received plasma (plasma group) and 271 received standard-care resuscitation (standard-care group).

As a result, among the 501 eligible patients who were enrolled in the prehospital setting in this trial, the group that received prehospital plasma had significantly lower mortality at 24 hours and at 30 days than the patients who received standard care. In conclusion, the study argues that the administration of plasma in patients at risk for hemorrhagic shock during prehospital air medical transport is safe and has a survival benefit.